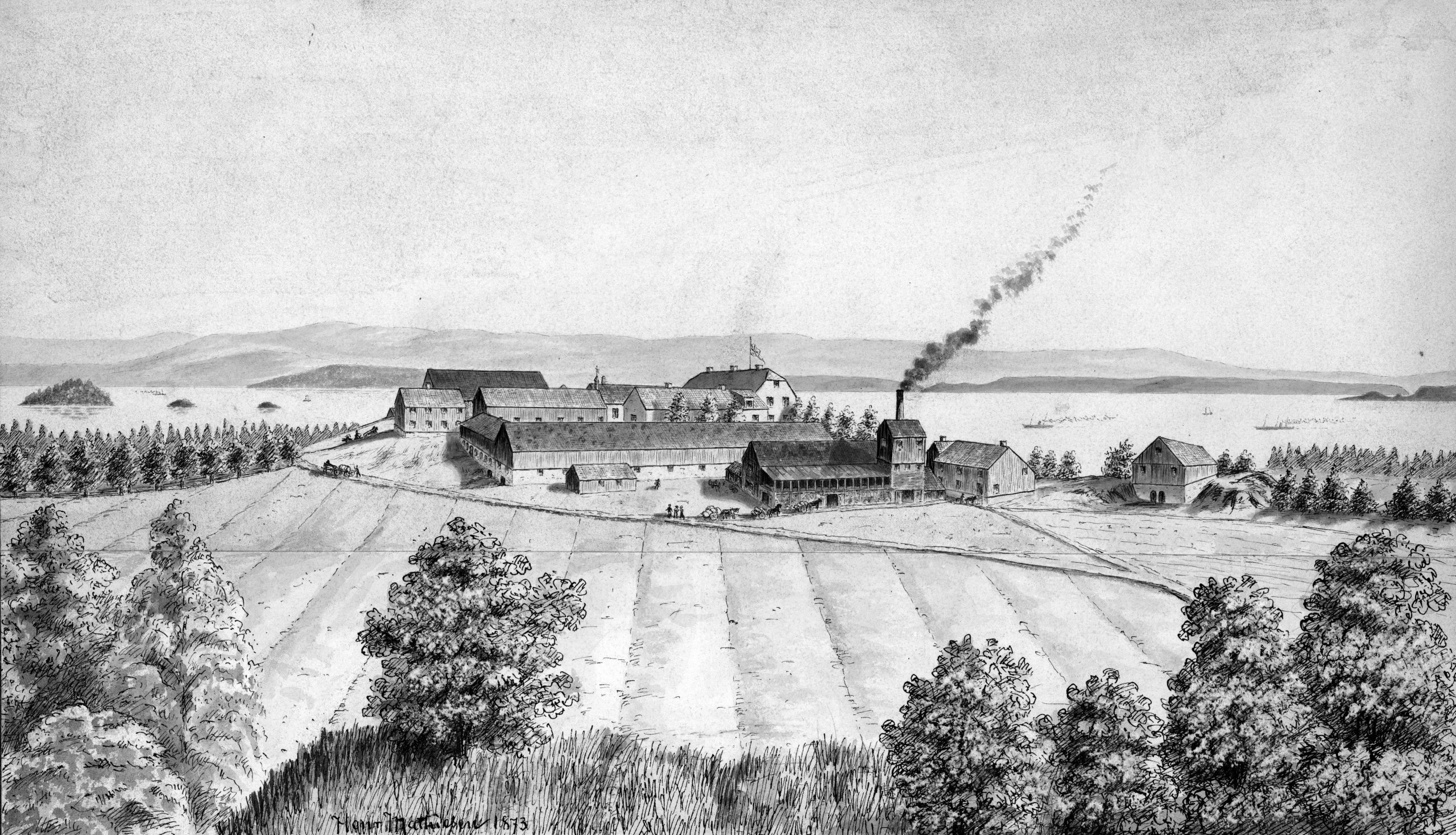 Sundnes Distillery at Inderøy is one of the oldest liquor plants in Trøndelag and produced aquavit until 1900.

Sundnes brenneri is one of the oldest liquor production plants in Trøndelag. It was started in 1844 under Sundnes Farm by Andreas Mattson – a Swedish coppersmith. Ten years prior to this he ran a distillery in Trondheim and now he starts a large-scale distillery in Inderøy.

In 1848 Herman Løchen takes over the farm and distillery and a rich period of development at Sundnes follows. Løchen was educated in the distillery professin in Germany. He had managed his father’s distillery in Christiania, and later Jenssen’s distillery in Vinje in Mosvik (now a part of Inderøy municipality).

Sundnes became a model farm, where both farming and industry were future-oriented. It was Løchen who started with spicy liquor, aka aquavit at Sundnes and before long the Sundnes aquavit became widely known. In the latter half of the 19th century, the Sundnes aquavit was as well known as the Lysholm aquavit.

The Sundnes aquavit was produced in Inderøy, but it was M.H. Lundgreens Enke, a liquor sales outlet  in Trondheim that sold the aquavit.

Løchen was big in farming as well and exported hundreds of bulls to England from the Sundnes harbour. The last consignment of oxen, 300 oxen in total, went to England in the spring of 1874. There was a unexpectedly large price drops and the sale of the oxen did not cover even the transport costs. This had catastrophic consequences for for Løchen who subsequently went bankrupt, before he died shortly after.

M.H. Lundreens Enke takes over the operation of Sundnes Brug in 1877 and continue the production for the Sundnes aquavit. In 1899, Lundgreen’s Enke sells the Sundnes distillery to A. Karseth, but it retains the right to produce and sell “Sundes Akevit” – a product that has been Sundnes’ face for 50 years. The Sundnes aquavit is now produced in Trondheim.

The temperance movement gained more power and in 1908 J.B. Lysholm discontinues raw alcohol production. A new tax system has made liquor production unprofitable. The agriculture in the district has for 60 years been based on the cultivation of grain and potatoes. The farmers have in that time had guaranteed sales of their crops to the distillery at Sundnes. A closure of the distillery would have noticeable consequences. In 1912, farmers from Inderøy and the surrounding area formed a limited company and bought the distillery from Sundnes Brug. The farm was separated from the distillery.