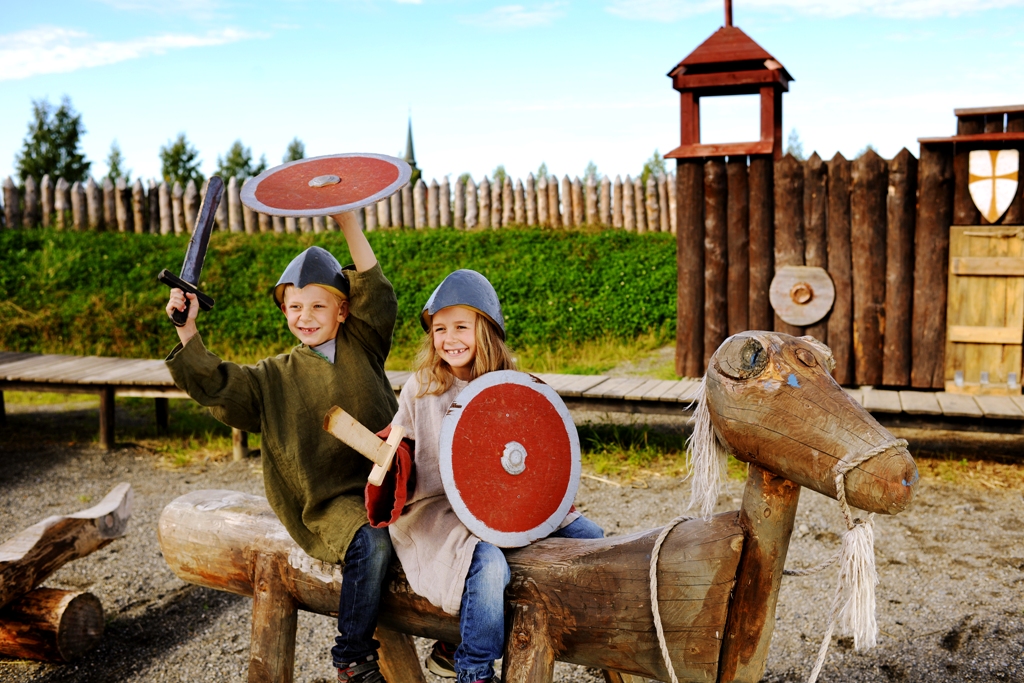 Stiklestad Summer – Do as the vikings at Stiklestad

They are everywhere at Stiklestad, and pops up when when you least expect it. Follow the footsteps of the messengers Trym and Tuva and let them show you interesting things on Stiklestad.

Stiklestad is the cradle of Norway and is situated in Verdal municipality, just an hour north of Trondheim.

Stiklestad Summer welcomes you to experiences for the whole family, every day from 25 June to 14 August in 2016. At the medieval farm Stiklastadir, step back in time 1000 years with both indoor and outdoor activities together with skilled communicators/guides. At Stiklestad you can enjoy:

There is a pick-up service every Tuesday, Thursday and Saturday in July for those having pre-purchased a ticket for Stiklestad Summer, and arriving on the 10:52 train at Verdal Train Station and transport back to the station for 15:52. Must be booked the day before at the latest.

Experience the  St. Olav Play, Norway’s and the Nordic Countries oldest open air theatre. The play is preformed yearly during the “St. Olav Days at Stiklestad” at the end of July. During  the festival it is heaving with life and you can experience concerts, plays, guided tours, lectures, excursions and activities for the whole family.  In addition, you can visit the medieval market, where you can experience medieval music, juggling and theatre.  Good craftsmen from all over the country can be found in tents and stalls, wearing medieval clothes and demonstarting their skills. There will be activities for both children and adults alike.

The Battle of Stiklestad in 1030 is known as the event that has to the greatest extent shaped Norway. At Stiklestad, Norway’s most important history is narrated and experienced every day.

The Battle of Stiklestad is Norway’s most famous battle, in which the Christian Viking king Olav fell in the battle against local chieftains and was later declared St.Olav. The battle is considered the most important event in connection with the consolidation of the kingdom and Christianity’s definite breakthrough in Norway.

Stiklestad National Cultural Centre has a special responsibility in communicating knowledge of Olav Haraldson, the Battle of Stiklestad in 1030 and social development that can be linked to Stiklestad and St.Olav.

At the centre there are also exhibitions, museum shop, restaurant/café and meetings and event facilities that are open all year. Stiklestad Hotel is located in the same building. In the surrounding area, you can stroll around, visit Stiklestad church from 1180, open air amfi-theatre, Catholic chapel and folk museum with 30 historic buildings from the 1600 – 1800s.