Bunads and folk costumes have fascinated and inspired for generations. On Innherred you can become better acquainted with the traditions of both local Norwegian and Sami folk costumes.

In North-Trøndelag, there was no active folk costume tradition when the bunad movement started in the eary 1900s. The distinctive   costume tradition had always been very fashion led. The farmers were wealthy and interested in following the bourgeoisie changes in fashion, and this was reflected in the clothes.

Hjørdis Halmøy Floan (1895-1983) is the creator of the North-Trønder bunad. Colloguially, the bunad is therefore calle the Floan bunad. She was an avid bunad user all her life.  In late 1920s, Hjørdis started a comprehensive and laborious registration of older garnments in the county. This work took 10 years to complete. The result was the North-Trønder bunad as we know them today, as well as an everyday bunad that was in production until the 1960s. Today the bunad is made by Hjørdi’s descendants in Bunadsaum in Inderøy. The everyday bunad – Exhibition at Gulburet

North-Trøndelag Folkedraktsaum is located in Bunadburet at the Cultural Farm Bjerkem just outside of Steinkjer. Berit Bjerkem produces and sells the reconstructed bunads from North-Trøndelag. The bunads are reconstructed based on the clothing style in North-Trøndelag in the period 1750 to 1840. This folk costume is worn on festive occasions and features beautiful fabrics, colours, cuts and details from the county. Craft traditions are more than appearance, it is also about sewing techniques.

The Trønder bunad is for many people associated with the southern part of the county, but it is a bunad for all of Trøndelag. It was created by the handicraft teachers Kaspara Kyllingstad, Ingeborg Krogstad nad Ragna Rytter. They tried to combine different traditions in the Trøndelag villages to create a bunad that would represent the traditions throughout the region. The bunads are available in red, green and blue. They are inspired by the Rococo fashions in the 1700s as it then had great influence on costume traditions in Trøndelag. The bunad was completed in 1923. The bunad can be seen at Husfliden in Steinkjer.

The Sami national costumes have regional differences and differ from region to region. You can therefore see differences  between, for instance a South Sami and North Sami “Kofte”. In South Sami, the “kofta” is called gaeptie, gapta or gåptoe – from regional dialects. The South Sami costume is largely the same throughout the South Sami area, but there are some variations betwenn the different districts and families. Shoe straps and straps on the lower part of the the costume can indicate gender, age and marital status. At Saemien Sijte in Snåsa you can learn about Sami culture, tradistions anad handicraft; duodji. 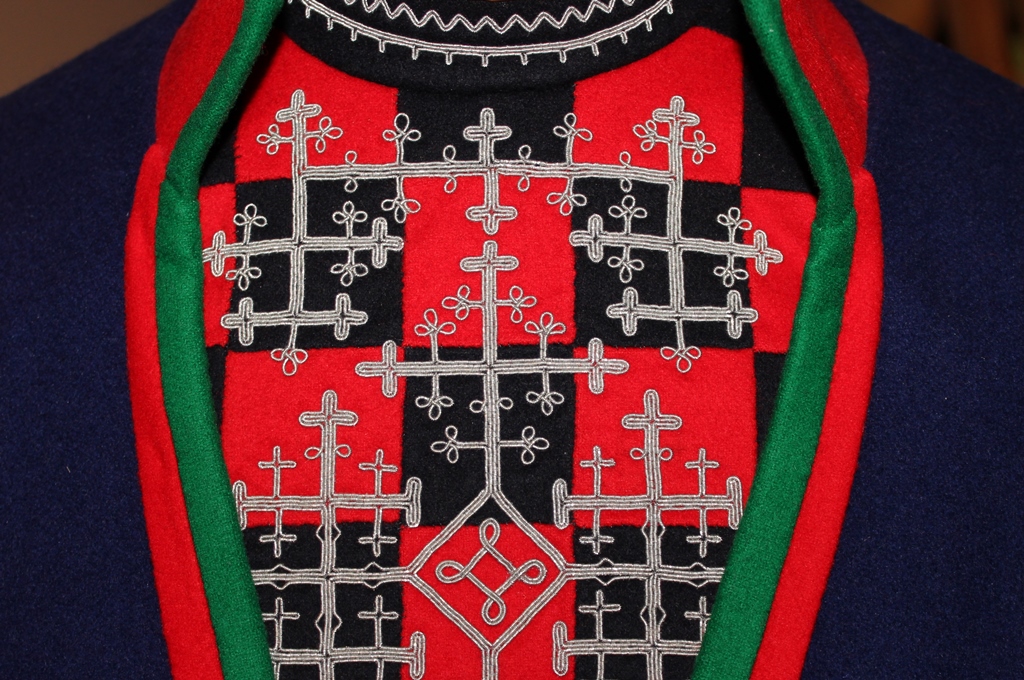