Innherreds beautiful landscape tells a rich history. Through glimpses of the past, we
see the landscape of today with new eyes. Experience historic Innherred with the battleground from 1030 at Stiklestad, rock carvings, burial mounds, traces of World War II (WWII) and interesting museums.

INNHERRED – THE CRADLE OF NORWAY

The nations birthplace is considered to be Stiklestad in Verdal, where St.Olav was killed in the battle of Stiklestad in 1030. This changed Norway and laid the foundation for modern Norway with Christianity, the judical system and values chracterising the country today.  Stiklestad National Cultural Centre  conveys this history through exhibitions, storytelling and events all through the year. .

The Trondheimfjord has been both transportation route and larder for thousands of years.The infancy of settlement in Innherred can be seen at Bøla, with the 6000 year old rock carving “The Bøla Reindeer”, amongst others. At that time the sea level was higher and people were hunters. Innherred’s consentration of large burial mounds and graves testify to active trading with foreign countries. The Viking Age is characterised by strong chiefs concerned with Norse gods and blood revenge. You can learn more about the Viking Age at Stiklestad National Cultural Centre and Egge Museum.

There was a Cistercian monastery by Okkenhaug in Levanger at the end of 11th century. Today we only see remains of the abbey church itself. However there is a modern Maria Monastery nearby, founded by the same citeaux-order. Munkeby Herberge with farm shop and accommodation is located adjacent.

THE TRONDHEIMSFJORDEN AS A TRANSPORT ROUTE

The sea has been a transport route since time immorial for the people around the Trondheimfjorden.The trade was one of the foundations for the creation of cities and commercial centres. Levanger city was established already in the 1500s. During the 17.- and 18. century, the shipping industry gained importance for the retail trade in Innherred, with agricultural products, fish and lumber being transported. The ships were also an important means of transport.

We have the worlds last sailing sloop, Jekta Pauline, here in Innherred which is one of the vessels most worthy of grade II lisitings in Norway. Kjerknesvågen kai in Inderøy is her home port.

Levanger has many beautiful old townhouses in Art Nouveau, Swiss and New Gothic styles. The buildings in Levanger city centre were built after the last city fire in 1897 and are well preserved until today. They give the historic wooden city their distinctive character.

Falstad Institution for the Upbringing of Troubled Boys was established in 1895. In the fall of 1941 the German Nazis seized the building and established SS-Strafgefangenenlager Falstad, as a political prison camp. Over 4.200 individuals from at least 15 nations were imprisoned here during the war, and more than 200 prisoners were executed and buried in mass graves in the nearby forest. In the year 2000, the Falstad Centre Foundation was established as a «national centre for the education and documentation of the history of imprisonment during the Second World War, humanitarian international law and human rights». It’s a place for learning, thought and reflection. Les om Falstadhistorien og besøk senteret

THE RECONSTUCTED TOWN OF STEINKJER

Steinkjer was bombed during WWII and alsmost all of the city was in ruins, but no lives were lost. The city was rebuilt during and after the war and Steinkjer is today one of the most successful and best preseved revival cities. 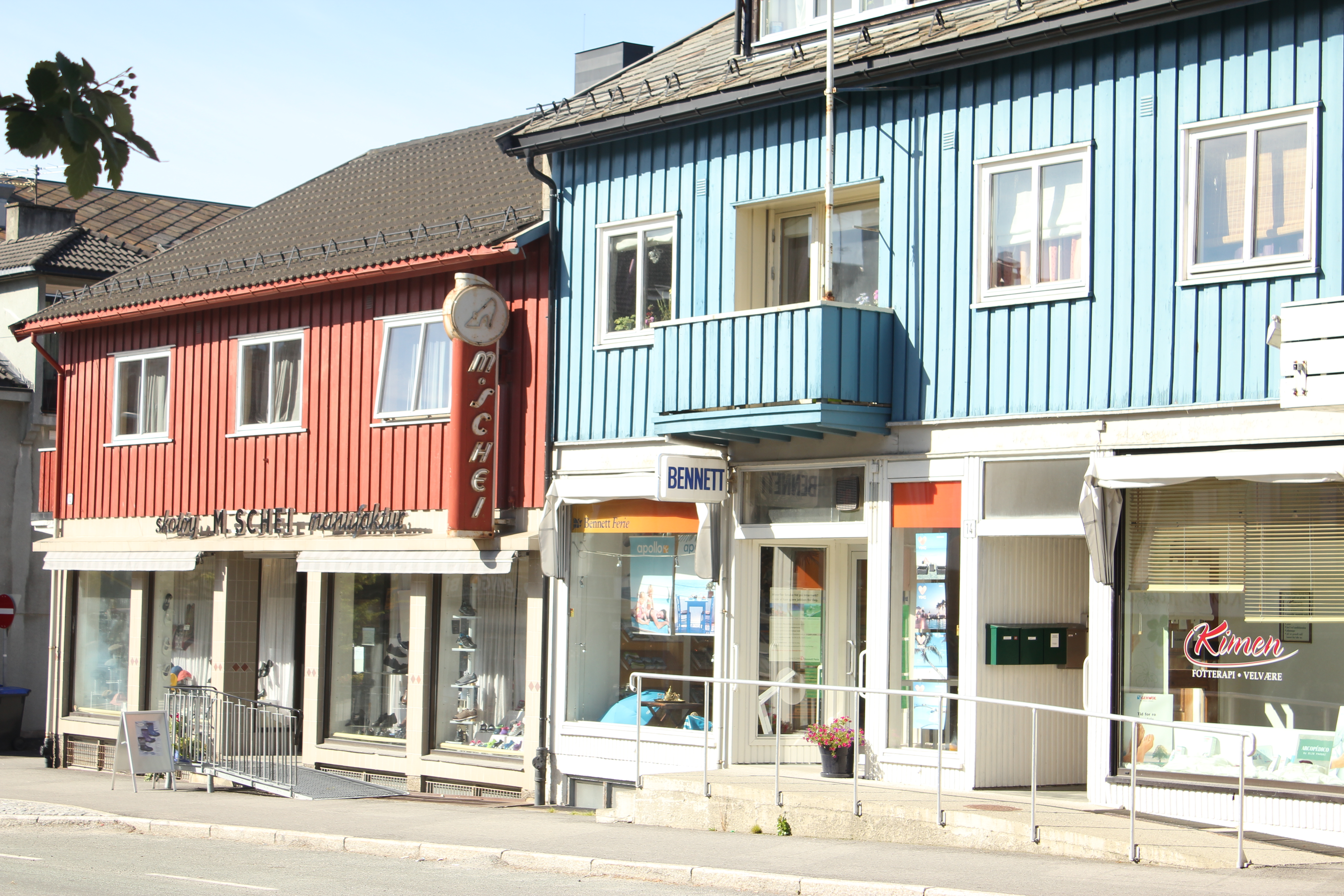 Innherred has an active agriculture and summer farming has been an important part of this. In Snåsa, mountain farming was very important during the 17. and 18. century,there may have been as many as 300 summer farms in the village at that time. Now there are between 15-20 open mountain summer farms every summer in Snåsa.