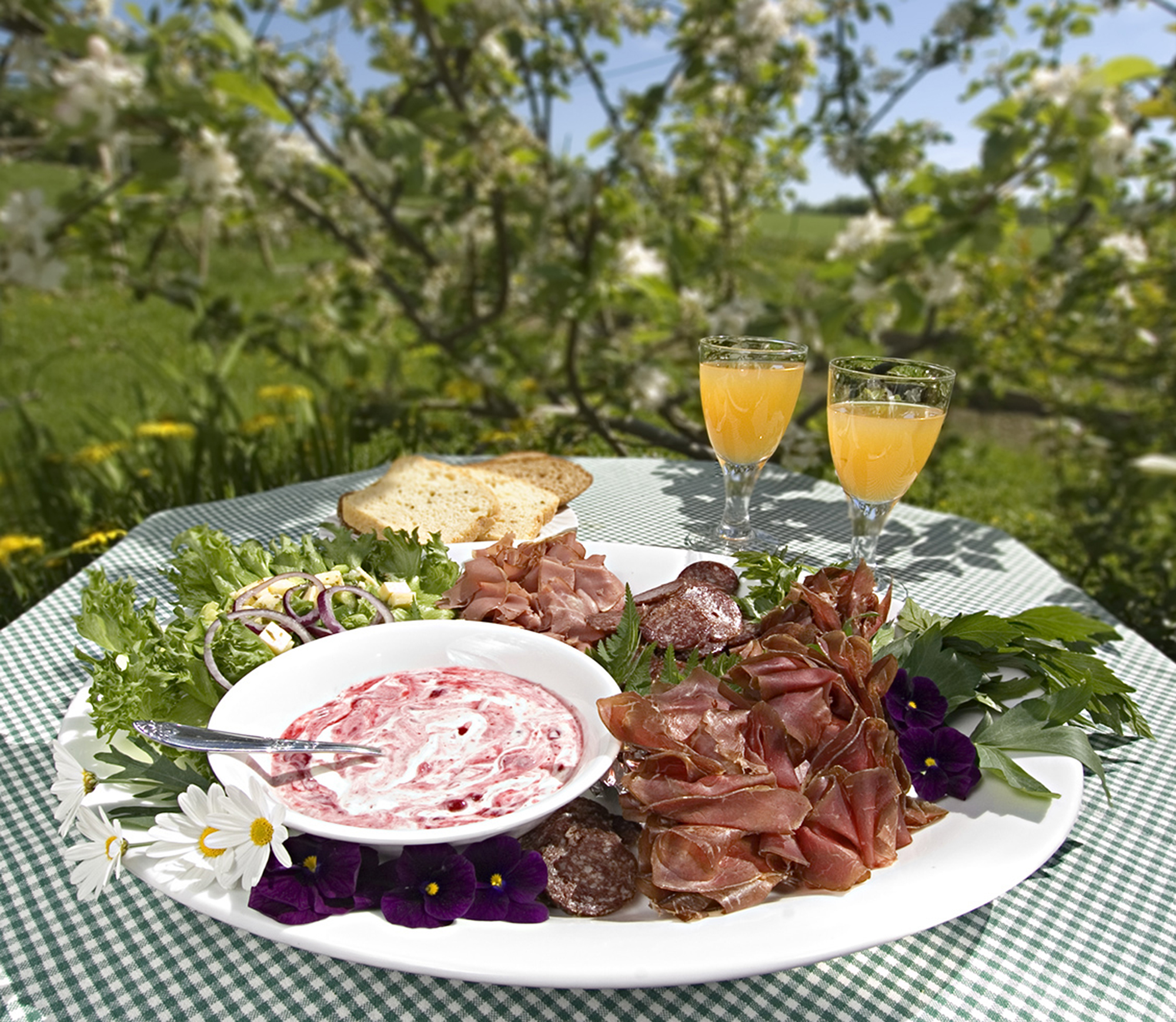 Food and culinary traditions at Innherred

Innherred is known to many for its very special dish; Sodd. A traditional dish made after ancient recipe of pure
ingredients. It is – and has always
been a dish for important family
gatherings for generations.

Inderøy butchery shop in Straumen continues this tradition with Inderøysodd. It’s served to order at several restaurants in the region.

Get better acquainted with food from Innherred:

Gangstad Gårdsysteri is well worth a visit. They have won several awards for its cheeses. Another awardwinning cheese is made by monks at Munkeby Maria monastery in Levanger; Munkebyost. Drop by the outlet which is charmingly based on trust or buy a taste at Munkeby inn.

At Berg Farm, the meat from the farm is processed into tempting sausages flavoured with locally produced caraway and other exciting spices, Christmas belly pork and pork chops to name a few. Local meat is served at several dining places in the region. OX Steak House feature meat from Highland cattle from their own farm in Beistad in Steinkjer and at Chef – Food hall, Eatery and Catering in Steinkjer you can order local «mushroom pork» from Leksdal. Highland cattle is also available at the farm Røstad Øvre, while Sæther farm, both in Levanger, specialises in delicious calf meat.. Organic lamb meat and lamb sausages can be bought at “Lam På Bordet” (Lamb on the Table) – where the lamb is sourced from the organic farm Berg in Skogn in Levanger and slaughtered and processed by Halsan Kjøtt (Halsan Meat) in Levanger. Best Western Tingvold Hotel in Steinkjer is specialising in meat and food processed and made at the hotel.

In the old days each farm had its own recipe and secret ingredients. This tradition is today upheld by Inderøy Farm Brewery, Gulburet (Inderøy) and Ølve
Brewery (Steinkjer). Malt and hops of good quality give the beer rich
flavour and character. Gulburet produce beers on tap. You may even buy
bread with barley mash and beer.

Inderøy caraway is the inspiration to restarting an ancient tradition in Inderøy; aquavit distilling. 119 years after the last bottle was tapped at Sundnes distillery,
the tradition resurface at Berg farm, with enthusiasm and forgotten knowledge. What could be better than aquavit and ribs from the same manufacturer?

Gorge yourself on vegetables in all shapes and colours, cultivated under the Trønder sky at Ystgård garden centre. Or enjoy them ready prepared at one of the dining places along the Golden Route. Worth mentioning is also the farms Røstad Øvre and Sæther in Levanger who feature organic vegetables.

Bjerkem and Rølia in Steinkjer grow old grains like Emmer, oats, country wheat etc. In the summer, Rølia serves tempting baked goods made from old grains in their summer cafe, which is open occationally. Rølia and Bjerkem offer courses in baking with both sour dough and organic yeast, different breads and sweet pastries.

Snåsa has deep Sami traditions of reindeer herding in the Snåsa mountains. Kafé Midtpunktet in Snåsa serve burger of reindeer and beef, giving you a taste of the mountains and plains.