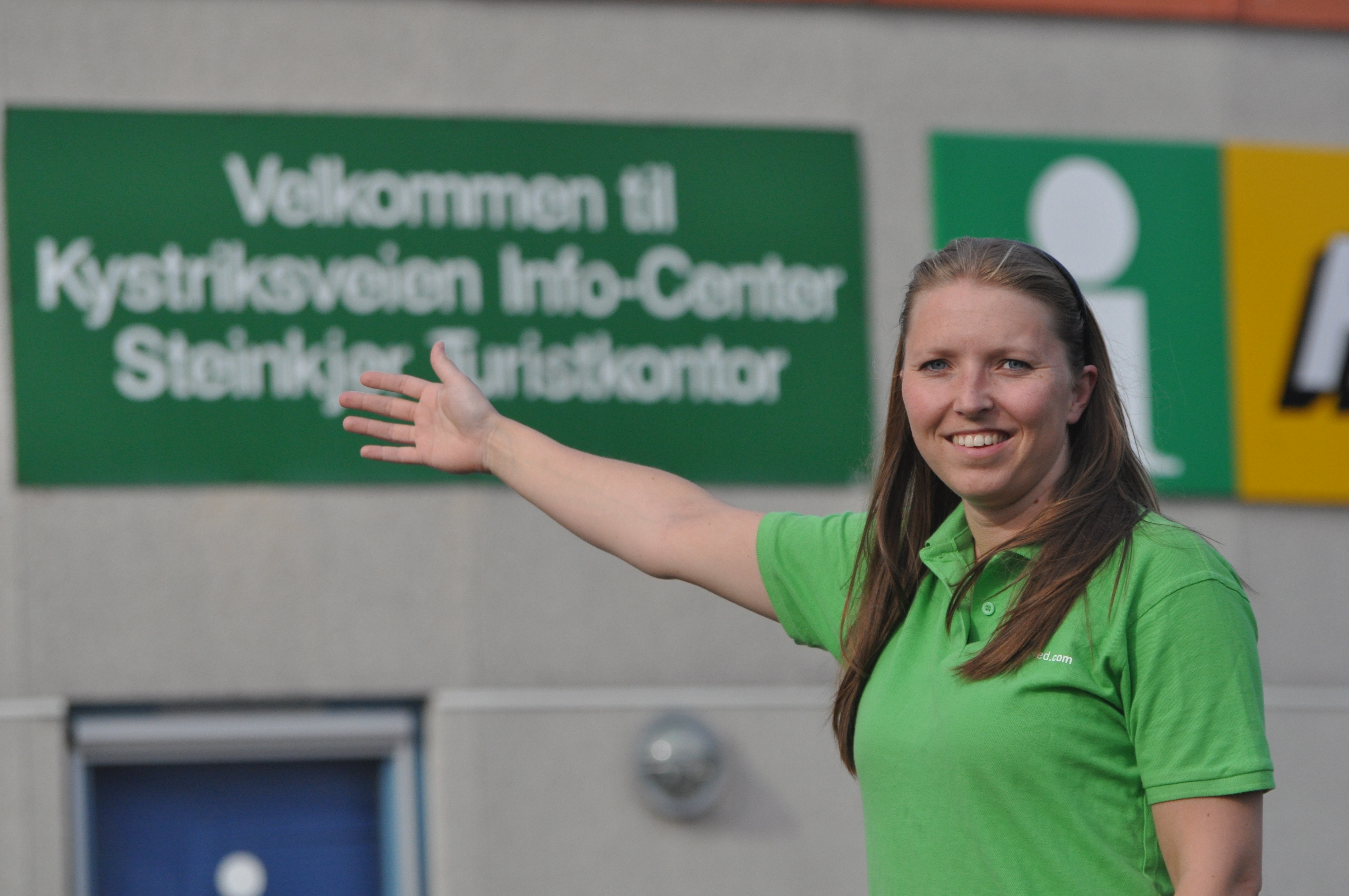 – Useful information for travellers to Innherred

DUMP STATION FOR CAMPERS/MOTOR HOMES
Levanger: – Moan, between E6/Magneten Shopping Centre and the
athletic stadium, near the fire station.
Rinnleiret: between Levanger and Verdal.
Steinkjer: at the southern end of the city. Follow the signs from E6 by
Shell Gas-station.
Føllingstua Camping, 14 km north of Steinkjer.

PROPANE REFILLS
In Steinkjer, refill propane at LPG, next to Rema 1000/Biltema, south
of the shopping centre AMFI, close to E6.

BANKING SERVICES/FOREIGN CURRENCY
Exchange of foreign currency into Norwegian kroner available at
Aasen Sparebank’s branch, Åsen, Levanger and Grong Sparebanks branch,
Grong. Cash withdrawals in euros are available from cashpoints in Levanger
and Verdal. Banks are open Monday – Friday. Post offices are also open on
Saturdays. Most automatic cash machines accept credit/debit cards and are
available in a large number of shopping centres and in all towns.

At the tourist information office in Steinkjer, you can exchange currency into NOK, depending of their avilability of funds (available between 1.6 – 1.10).

WHERE TO CYCLE OUT OF STEINKJER, NORTH DIRECTION
Follow the main street through downtown Steinkjer, initially Kongens Gate then
later Eggevegen, northwards for approx. 5 km. You will meet the E6 motorway
just south of the lake Rungstadvatnet.

WHERE TO CYCLE OUT OF STEINKJER, SOUT DIRECTION
Follow Strandvegen past the railway station to the Shell petrol station. Follow
the bike and pedestrian route running parallell to the E6. Continue along the
old E6 route onwards.